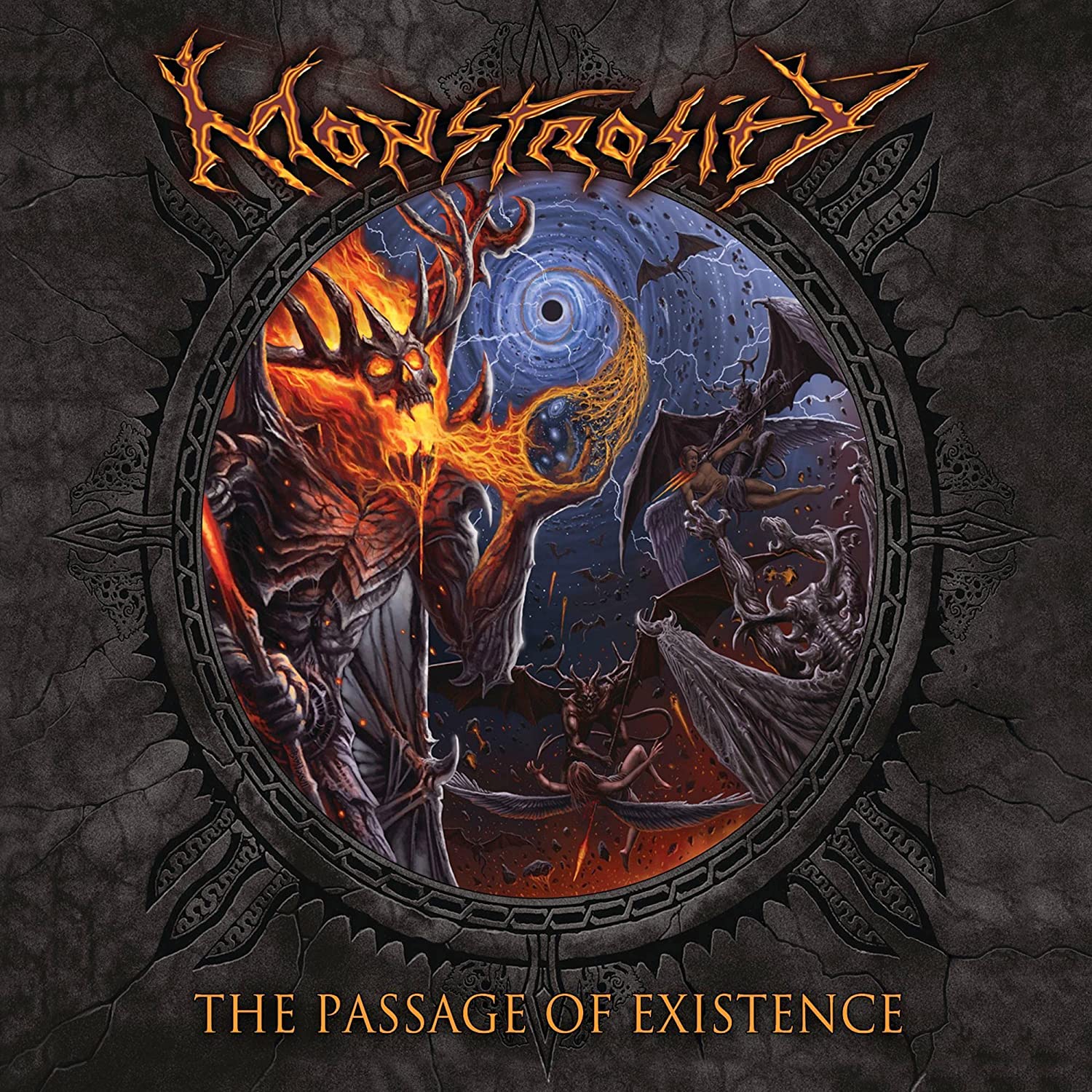 Is The Passage of Existence an album that offers Monstrosity the opportunity to break out from the shadows of their Floridian death metal contemporaries?

The outfit is often mentioned as an influential pillar in the revered Floridian movement which centred on Morrisound’s recording studio in the early 90s. However, many fans of death shred are yet to adopt the band in the same manner as they have with the big four of death metal or the next tier of bands that include Malevolent Creation, Suffocation and Incantation. Bear in mind the reference is strictly measured in commercial terms.

Monstrosity’s membership at one time featured Cannibal Corpse vocalist George Fisher AKA Corpsegriner, foundation drummer/percussionist Lee Harrison moonlights in grindcore forefathers Terrorizer as the guitarist (one talented fella!), as did Monstrosity’s guitarist from ‘99- ‘05, Tony Norman. Let us not forget former Death bassist Kelly Conlon, who recorded on the outstanding Millennium (’96), a revered album and tech-death classic.

The good news is that The Passage of Existence sounds like the professionally executed offering Monstrosity needed to deliver at this stage of the band’s career.

“Cosmic Pandemia” is the album’s first cut; English and Barnes deploy a nice tremolo-picked riff sequence until a relatively straightforward riff underpins Hrubovcak’s vocal. The picking technique throughout the fourth cut, “Solar Vacuum”, will become the aspirational performance for improving guitarists in the art of shred, ditto for the ninth cut “The Hive” with its more restrained and groove-oriented tremolo picked sequence. The solo that starts at 3:26 in “The Hive” is every bit as Satriani as the musicians intended, as is the excellent piece of melodic interplay at 3:51.

Harrison’s percussive orientation is squarely focused on locking the guitars in place, it’s not as swing infused as the more celebrated Gene Hoglan (Death, Strapping Young Lad), and the performance of vocalist Hrubovcak is the only real cause for critical review.

Easily one of the most challenging vocal techniques to deploy successfully, death metal vocals rely on a solid physical core and a mastery of delivering from the diaphragm. Hrubovcak has these attributes down, so it’s a pity he lacks a particular dynamic that would give his voice a timbre all of its own. By in large, it blends into the background behind the guitars.

Mark Lewis, the wiz who polished recent Megadeth, Trivium and DevilDriver material, gives listeners every opportunity to hear what Monstrosity have done across The Passage of Existence.

The overall package demonstrates the many years of accumulated experience each member brings to the table to perform thoroughly entertaining tech-death metal, and it’s the death metal album of the year so far.

This review was first published on September 19, 2018, on Metal Obsession webzine.

From the archives: King Diamond- Songs for the Dead Live (February 2019)