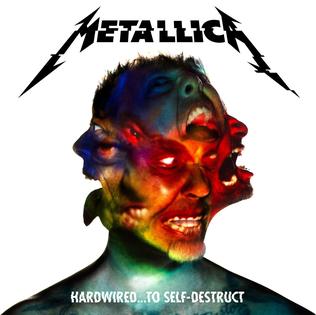 First posted to The Metal Forge in December 2016.

Before you read this review, I’ll say upfront I was far too kind. The album isn’t on the same shitlist as St. Anger or Lulu. But it’s far from a return to form, or even a decent listen in 2021. These were my thoughts on the album back in 2016.

Metallica is one of only a handful of bands where objectively reviewing a new album is near impossible. Straining against the legacy of albums that not only defined a genre, Ride the Lightning and Master of Puppets are essentially two of the most continuously influential albums in recorded music history. Add the massive commercial success of the “Black” era, the bizarre if not well-intentioned “Load” series of albums, then throw the seriously demented Napster/St. Anger/Some Kind of Monster/Lulu episodes into the mix. Anything Metallica has done for around 25 years is viewed as either rocks or diamonds. So what then of the new release Hardwired… To Self-Destruct?

I’ll get what many of you will want to know out of the way first up: Is the album any good? Yes, it is. As in, it’s easily their best album since “Black”. At times it’s excellent and raises the ghost of past glories. But there are also some severe flaws.

So what works well? The opening quintet of songs is absolute bangers. The kind of songs you just knew that they had in them for so long. “Dream No More” is the standout; it’s early days yet, but this track could enter the pantheon of Metallica’s top 10. Just about everything works well on these songs, and I found myself unconsciously nodding along and smiling – the arrangements, Kirk’s solos, Robert’s (barely audible but there) bass runs, James’ vocal cadence, and most importantly, great heavy metal riffs, it’s all there. The same could almost be said for “Here Comes Revenge” and “Spit Out the Bone” of the remainder of the album.

What doesn’t work well? There is no easy way to say this; however, Lars is yet again the culprit. Fans and the media love the guy. He’s so cordial and dedicated to the cause. It pains me to say that a bloke as sincere as Lars increasingly comes across like a guy who years ago acted on a tip, and without knowing much bought a majority shareholding in what was then a Penny stock, only to see that stock soar over the coming decades to what is now a Blue Chip stock – and he still retains status as a critical decision-maker.

The drums are yet again far too high in the mix. The bass drum sometimes sounds like a cardboard box (e.g. “Now that we’re Dead”), and the snare often cackles like some insane cartoon witch. The intro to “Confusion” is almost certainly written to accommodate Lars’ penchant for overtly simplistic rhythmic patterns, and the riffs in “Murder One” are cruelled for the same reason. I kept thinking that if Chris Adler could do for Metallica what he did for Megadeth, what an album we would have on our hands!

Enough about Lars, and despite what you have just read, there are genuinely no “weak” songs on the album. There are peaks in each but no valleys that bottom out to canyons, and sonically it sounds as though it has more in common with “Garage Inc.” than anything else in their catalogue. Passages in some of the tracks sound as though any could have written them of their NWOBHM heroes – “ManUNkind” is the best example of this.

The “Deluxe” version contains 12 tracks proper that are followed by well over a dozen bonus tracks comprising of covers, live tracks, and a re-arranged “Lords of Summer”.

When it’s all said and done, due to interest in a new Metallica album, it’s game on. As Jamey Jasta now famously decrees, “High tide raises all ships”, and given this album’s relative strength, let’s hope this leads to increased interest from radio and media types in our beloved genre. 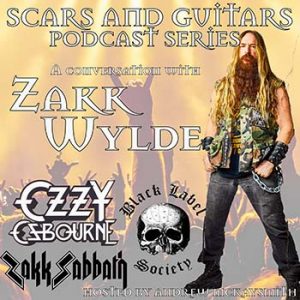 The new album from Black Label Society is out now, and it's called Doom Crew Inc. The album acts as the catalyst… 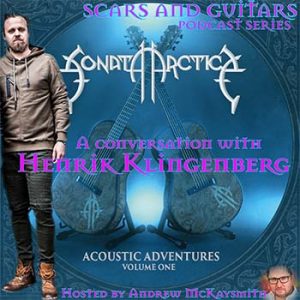 Henrik is the keyboard player in Sonata Arctica and he guests on the podcast to talk about the January 2022 release, Acoustic Adventures-… 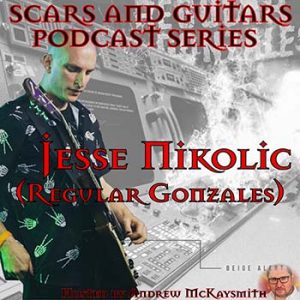 Regular Beige is the name of the new album from Brisbane based power trio Regular Gonzales, which is partly a vehicle for guitarist/… 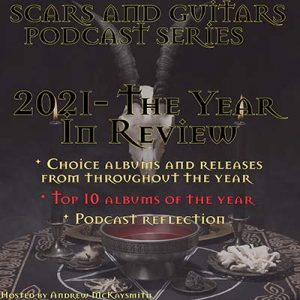 The 2021 year in review and best releases

You may have heard the podcast edition of the Year in Review, so here it is for perpetuity on the…

Check back for more details in the coming weeks!

The long-promised podcast biography is slated for a February 2022 release. Over 90 musicians feature from over 50 bands, so…

The 2021 year in review and best releases