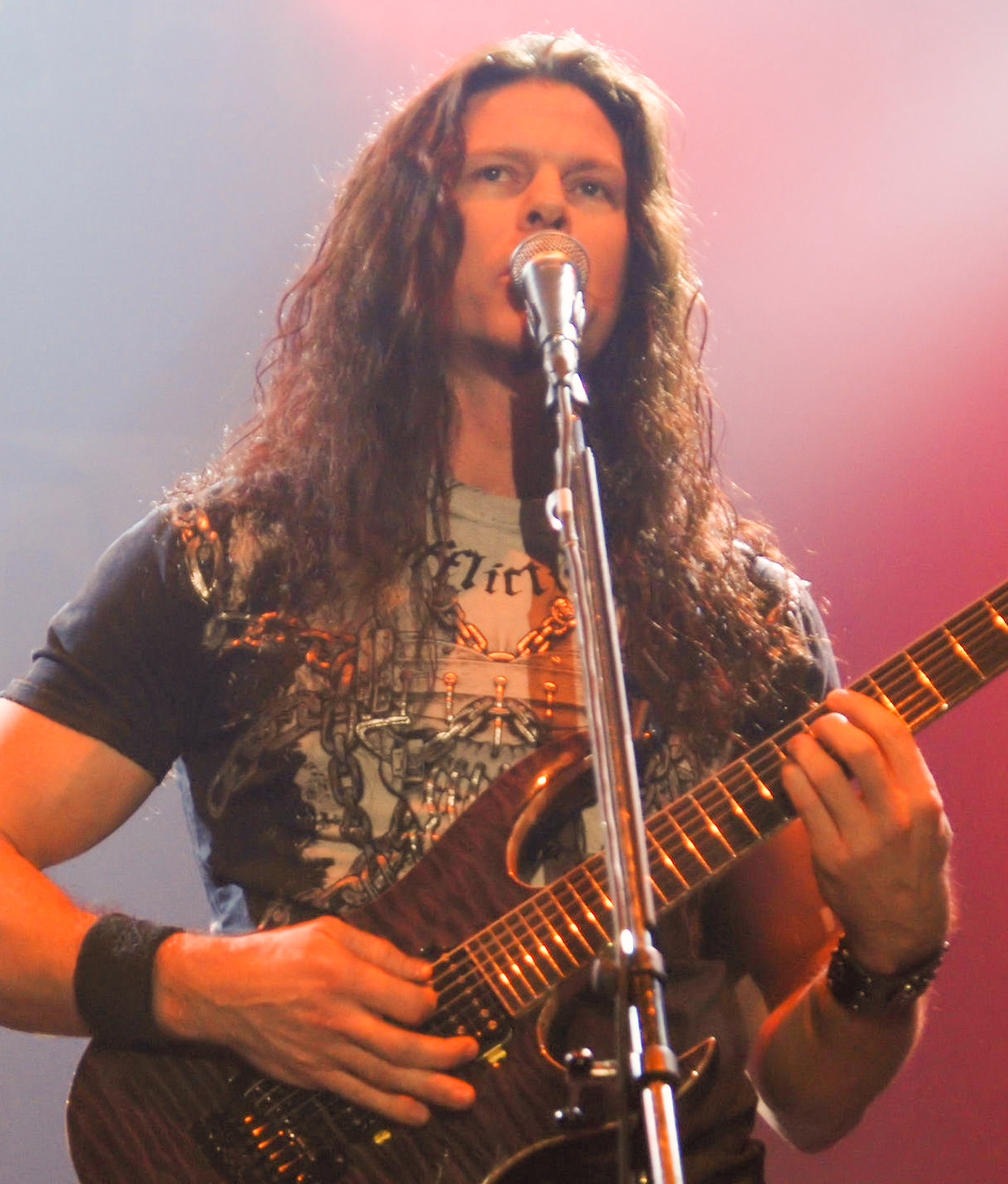 It was fortunate that I could communicate with Chris Broderick, the guitarist in the excellent Los Angeles-based nouveau-thrash quartet Act Of Defiance. A member of a band that I had paid little attention to until recently, it is rather remarkable to proclaim that if I had to select a musician as a prime example of supreme heavy metal guitar performance in 2017, it would be Broderick.

As Dave Mustaine’s anointed shredder from 2008-2014, Broderick achieved broad exposure to the global metal community performing classic album cuts from Peace Sells… (’86), Rust in Peace (’90) and Countdown to Extinction (’92). Seeing a flame still burns within to perform metal of the bristling technical variety is gratifying. Act Of Defiance drummer and percussionist Shawn Drover is also a Megadeth alumnus, so I asked Broderick if he felt the legacy was a burden or a blessing.

“It’s a bit of both, really; I think both Shawn and I have fond memories of that time and realise that it brought attention to us as individual players so that we could have a name after we left the band. However, we don’t want to be associated solely with that merit and think we have a lot to offer ourselves.”

In a review of the band’s new album, Old Scars, New Wounds, I positively affirm that Broderick, Drover and co certainly have a lot to offer; it’s an album that will vie for year-end best-in-class honours.

I did wonder if there was any creative tension writing the cuts on Old Scars, New Wounds due to the high degree of technical prowess each member brings to the band. How did such talented musicians agree on arrangements, melodies etc., without seriously butting heads?

“There wasn’t that much tension. The way that we worked (at least to my understanding) was we each brought demos to make the album, and the person who wrote that demo would have the final say in any sort of deadlock in the democracy behind whether we should do something or not. There are times that I remember wanting to have vocals sung a certain way on one of Matt’s (Bachand- bass) songs in particular, and Matt and Shawn wanted it sung a different way, so ultimately, their decision won out, and I was fine with that.”

One for the technophiles. I am compelled to ask Broderick what guitars, amps and effects were used across the Old Scars, New Wounds.

“I recorded all my acoustic guitars, classical guitars and acoustic instruments in general at my studio, Ill-Fated Studios in Los Angeles, California. For my electric guitar tone, I use the Fractal XL out of the SPDIF straight into the audio card of my computer. My Chris Broderick Signature Series 7 string guitars for all my electric guitars and Guild Acoustics for the acoustic.”

In 2017 it was getting harder to cut through the noise on the internet and market a band effectively. I muse that the biggest challenge facing Broderick is the arduous task of raising awareness of the band and building the band’s profile.

“(It is) extremely hard. There are so many new bands out and so many people doing independent bands that the listener is cycling through music much more quickly than they used to. For this reason, you have to try and get their interest in your particular band because that’s the only way you will be heard above all the other chatter.”

I found enough similarities between the first chapter of Trivium’s career and the cuts on Old Scars, New Wounds, to pitch that a tour with one of Orlando’s finest would be as good a way as any to build the band’s audience.

“I would love that! See if you can make it happen! Ha, we would be down for playing with Trivium.”

Harking back to Broderick’s days in Megadeth, I have to ask, what was the ‘Big 4’ experience like? (the lauded concert featuring thrash’s most prominent names in Sofia, Bulgaria, in 2010)

“Hahaha, it was one of the most surreal and greatest experiences I have ever had to be able to play for that many insane metal music fans. Getting up on stage with Metallica, Slayer and Anthrax to do the jam “Am I Evil” at the end of the night and solo with Kirk (Hammet- Metallica guitarist) was one of the all-time highs of my life.”

From the archives: Karl Willets from Memoriam and Bolt Thrower (March 2017)