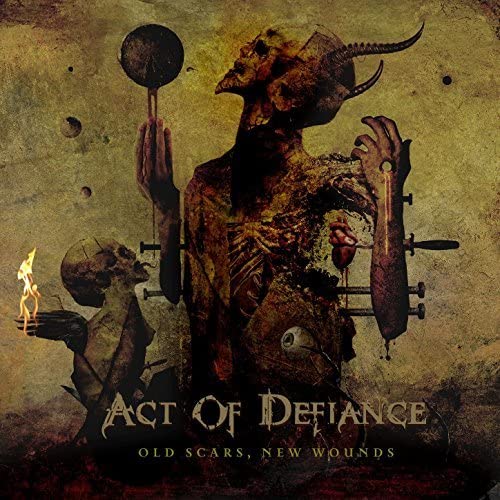 We may have the ‘guitar god’ album of 2017 on our hands. Old Scars, New Wounds from the underappreciated Act Of Defiance is a superb offering for those inclined to focus on the technical aspects of the six-string fretwork on a metal release.

Take a bow, Chris Broderick. The onetime Jag Panzer, Nevermore and Megadeth guitarist is at the peak of his powers on Old Scars, New Wounds. If you are a guitarist, one plying a trade under the banner of heavy metal, his performance across the album should be obligatory listening. I would go so far as to suggest that due to the myriad of expertly utilised techniques that Broderick deploys across the album cuts, he is the most capable guitarist in any band that shared the stage during the ‘The Big Four’ concert. Besting the likes of Kirk Hammet, Scott Ian, Kerry King, and even the excellent Gary Holt may not sound like a big deal to those in the know, but shredding thrash metals chief architect is an altogether different proposition.

How he managed to put up with Dave Mustaine’s ego long enough to record three albums with Megadeth (likewise drummer Shawn Drover…), I am sure Broderick could write a book about that. Creating an album with a magnificent cast of musicians, ex-Shadows Fall guitarist Matt Bachand on bass, the Matt Heafy-esque vocalist Henry Derek and the mentioned Megadeth alums, Drover, I can’t help but feel as though Broderick had something of a point to prove since Mustaine has a habit of burning ex-band members by declaring successor’s ‘best’ and other nonsense.

The album’s highlight is the seventh cut, “Reborn”. This track contains the finest elements of thrash guitar playing: modern Legato techniques, sweep and alternate picking, and the use of modes to vary the harmony in the scale to produce an outstandingly fresh guitar solo.

It almost gets better with the next cut, “Conspiracy of the Gods”. The verse riff would have been a sure starter on any (decent) Megadeth album. I can hear Mustaine’s peak 1995 vocal snarl contributing a bitchin’ melody in some alternate dimension across the cosmos.

Where Mustaine may still be the light-speed god of transitioning from riff to solo, Broderick ups the ante on some seriously down and dirty, lead break-infused riffage. At this point across the album, he is out-Mustaining the Dave.

It is challenging to view Old Scars, New Wounds as anything other than a Broderick affair as his performance is not just a characteristic of the album; it defines it almost entirely.

Vocalist Derek offers a noble performance, a solid mix of metalcore growls and clean harmonisation that serve the brutality of the riffs and the soaring melodic phrasing of many of the guitar parts. Drover offers a complimentary performance to Broderick’s, locking in step with the guitar as a Jazz drummer would with the bass, an essential point as Bachand’s bass is used as a tool to support the guitar on, Old Scars, New Wounds. The only suggestion I would offer the band is that an occasionally audible bass riff would have significantly served Derek’s clean vocals.

As a busy dad with professional commitments, I often ask myself in what setting I would listen to an album. Well, this is the best gym music one could ask for… the cadence of many of the tracks is ‘up’; this is an energetic album best played through headphones.

Final thought: I mentioned that Broderick is the most proficient guitarist onstage at ‘The Big Four’ concert; well, hold the hate mail…  Old Scars, New Wounds is also the most enjoyable release from any of the musicians in the bands that shared that stage in 2010 since Megadeth released Cryptic Writings in 1997. An extraordinary compliment, but Old Scars, New Wounds is an extraordinary album.

This review was first published on October 11, 2017, on Metal Obsession webzine. 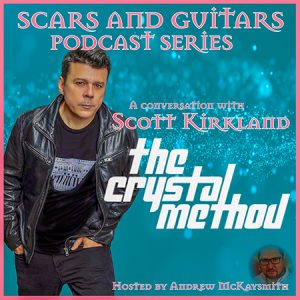 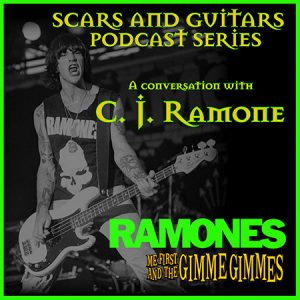 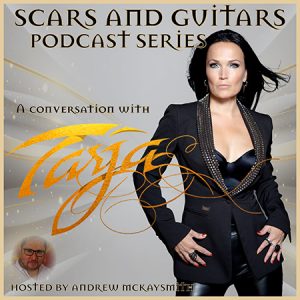 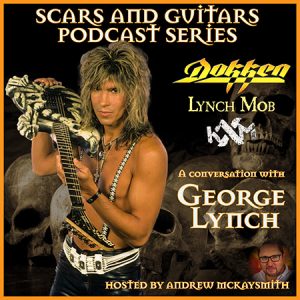 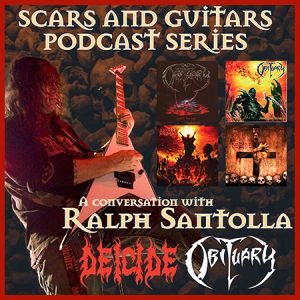 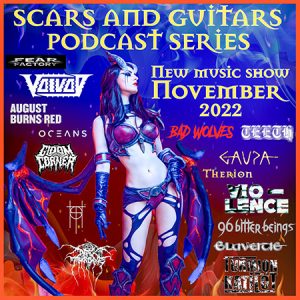