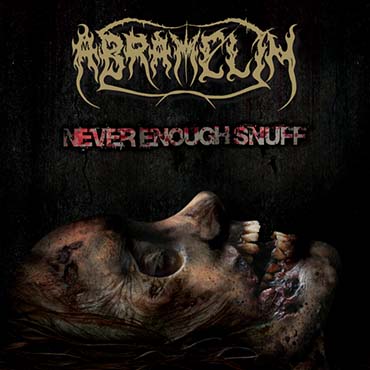 The sun-scorched corpse of Australian extreme metal oozes the stench of bands that have played a handful of shows and shared band members amongst themselves across the spectrum of genres. Very few achieve a reach beyond cult status, and even fewer have managed to craft an album’s worth of material that captures the imagination of the metal public outside their home city.

Abramelin is a band from Melbourne that achieved critical admiration in the early to mid-90s courtesy of a sterling pair of EPs and a self-titled album released in 1995. However, they could have been bigger, much bigger, than local heroes. Hard to say if they blew their chance at broader recognition given the attention their brand of ‘Deicide meets Carcass at the house of Cannibal Corpse’ death metal received during that fertile period of the genres rich history, but they’re back in 2020.

Drummer and percussionist Dave Haley (from Psycroptic amongst many others) kicks things off via the “Over the Mountain” (Ozzy Osbourne– Diary of a Madman ‘81) aping intro to the album’s title track “Never Enough Snuff”. The death-thrash of Tim Aldridge and Matt Wilcock’s BC Rich and Jackson guitar’s kick in hard seconds later, and from there it’s full tilt until the bitter end.

Founder and vocalist Simon Dower has adopted a gruff performance similar to Glen Benton (Deicide) and Jeff Walker (Carcass). The harmonizing of a lower vocal paired to a higher-pitched counterpart (see example at 1:39 during “Never Enough Snuff”) is effective. Hard to say if that’s Dower’s own vocal contribution in tandem for the recording or another bandmate offering co-vocals. Overall, Dower is similar to Monstorsity’s Mike Hrubovcak or Steve Tucker from Morbid Angel in that his vocal performance is workmanlike; honest and consistent.

The guitar heroics are dialled up. The many solos and lead breaks drip with the performer’s understanding of the history of heavy metal: the influence of Randy Rhoads, Ritchie Blackmore, the brothers Hoffman, and perhaps the greatest of them all, Chuck Schuldiner, is present. The solo at 2:16 of “Play with your Prey” is the finest of many from the plethora offered. The only suggestion to the guitarists is to bring just a little more of the killer Bill Steer style guitar lead that occurs at 4:08 of “Play with your Prey”, which soars across the jagged riffage that is the band’s signature.

The volume of Rob Wog’s bass could have been bumped up a little too. He’s trundling along at a cracking pace to match percussionist Haley (check out from 3:04- 3:22 during “Full Ghore Whore”). A listen with headphones proves he has the chops. What then, of Haley? He’s doing what he does to just about every recording he’s appeared on; proves Australian musicianship has the potential to be the envy of the global extreme metal community.

The highlights? The production, with the exception of the bass volume, is excellent. Pat O’Brien from Cannibal Corpse must approve of the riff that starts at 1:36 in “The Peeler”, same at 3:26 of “Sparagmos”. The subsequent shift in rhythm within the same riff of “Sparagmos” at 3:34 is divine. The album’s most satisfying moment is buried deep within the tenth cut of the album with the change in pace (and riff) at 3:33 of “Pleasures”, it’ll melt your face off and this highlights the quality of the musical violence offered across Never Enough Snuff.

Abramelin is back and is the filth atop the putrid pile of the Australian gore-grind cohort. Congratulations lads, on a collection of songs that honour the reputation the band forged throughout the 90s. And thanks for avoiding the temptation to unnecessarily recreate musical history as you have crafted an album that sounds like it is from the present day.

From the archives: Deicide- Overtures of Blasphemy (Album- 2018)